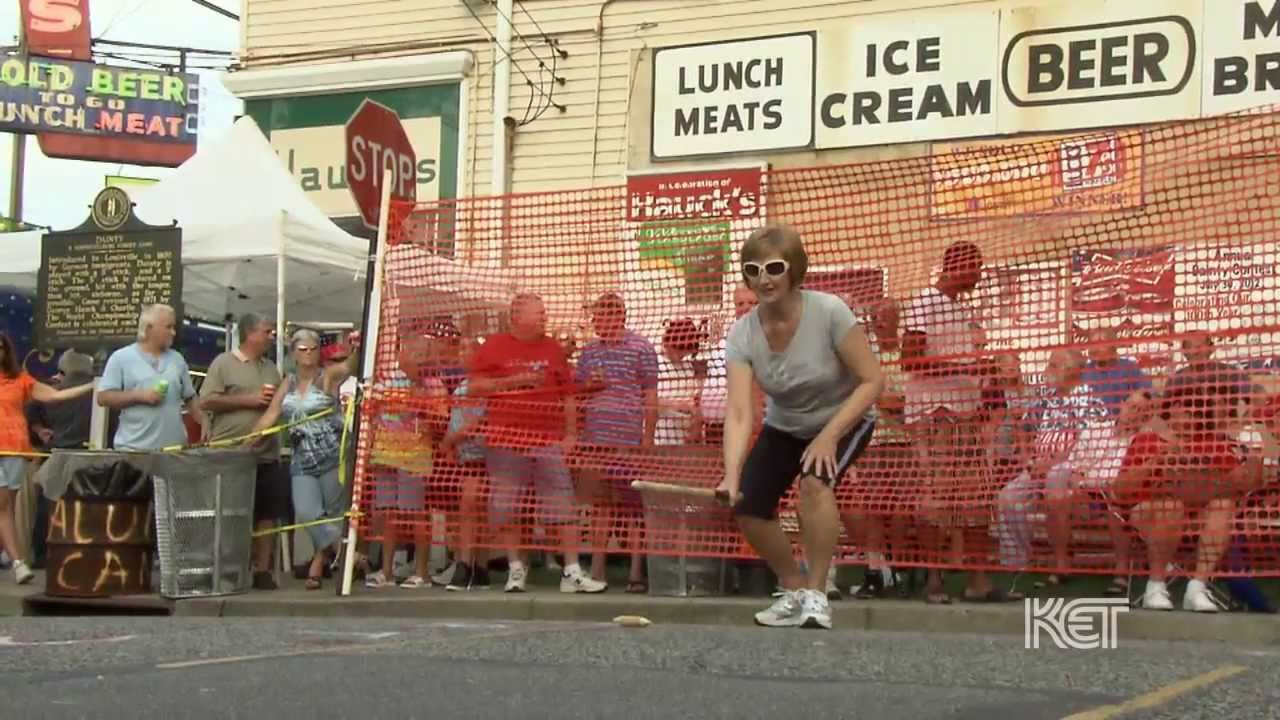 Louisville’s Schnitzelburg neighborhood hosts the World Dainty Championship every July. But just what is the Dainty?

It’s like a home-run hitting contest, only you hit a stick, not a ball. Instead of a bat, you use a flat, 3-foot-long stick to strike another smaller, 5-inch stick (the dainty) on the ground to make it airborne. Then you hit the dainty like a baseball. Whoever hits it farthest wins.

German immigrants who settled here in the 1800s introduced the game to the city, and the tradition was revived by George Hauck and Charlie Vettiner in 1971.
Now the city’s Schnitzelburg community gathers in front of the 100-year-old Hauck’s Handy Store for a bologna sandwich, chips, and to watch the annual World Dainty Championship. It’s a huge draw in the community, which closes off the street—and puts up some tall fencing—for the competition.

The championship is not for kids. You must be at least 45 years old. Past participants include Congressman John Yarmuth and reporter Barry Bernson.