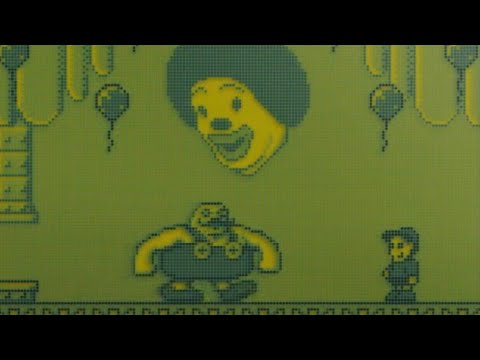 A playthrough of Ocean’s 1992 licensed-based platformer for the Nintendo Game Boy, McDonaldland.

McDonaldland was only ever officially released (as McDonaldland, anyway) in Europe as an adaptation of M.C. Kids, the McDonalds-branded NES game that had seemingly little to do with hamburgers. The game was reskinned in other territories and released with 7-Up branding as Spot: The Cool Adventure.

McDonaldland is a much smaller and simpler game than M.C. Kids was. The levels are far smaller and more linear than they were before, and the difficulty level has been reduced a fair amount. I like this version quite a bit better than the NES game – I thought that the game was much more fun with the collect-a-thon and exploration aspects removed. It’s a standard, solidly-built platformer. Even the license doesn’t make it stand out too much, but it is a neat novelty, especially if you have played Spot.

Still, I would have absolutely loved to seen a Game Boy port of Data East’s Donald Land on the NES!

And this is much better than most of Ocean’s other platformers from the early 90s, in case you were wondering.

If you’re interested, you can find my video of M.C. Kids right here:

*Recorded with the DMG shader in Retroarch for the vintage look!
_
No cheats were used during the recording of this video.

NintendoComplete ( punches you in the face with in-depth reviews, screenshot archives, and music from classic 8-bit NES games!

Visit for the latest updates!